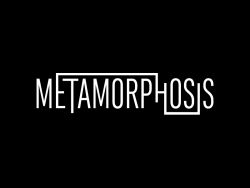 “In GENESIS, my camera allowed nature to speak to me. And it was my privilege to listen.”

Sebastião Salgado photographer (born Aimorés, Brazil, 1944) following his previous long-term projects, between 2004 and 2011 made more than 30 different trips into the distant corners of the globe to capture nature in its original state. After numerous successful exhibitions the Genesis project  - consisting of 245 spectacular black and white photographs – now in Budapest!

An exhibition organized by Lélia WANICK SALGADO, the exhibition Curator.

With the support of the Brazilian company VALE

The patrons of the exhibition: Dr. János Áder, President of Hungary and Maria Laura da Rocha, Extraordinary and Plenipotentiary Ambassador of the Federal Republic of Brazil.

Within the exhibition dates there will be a screening of The Salt of the Earth (110 min) a biographical documentary film portraying  Sebastião Salgado, directed by Wim Wenders and Juliano Ribeiro Salgado.

Genesis is a photographic journey into the planet – an expedition to rediscover the mountains, deserts and oceans, the animals and peoples that have so far escaped the imprint of modern society. The land and life of a still pristine planet. Yet Genesis is also a project that speaks urgently to our own age. By portraying the breathtaking beauty of a “lost” world that somehow survives, it proclaims: this is what is in peril, this is what we must save. Genesis is Sebastião Salgado’s third long-term exploration of global issues, following Workers and Migrations, his examinations of the human toll wrought by radical economic and social change. This time, he is addressing our natural environment in offering a love poem in images to the majesty and fragility of our planet.

Working as always in black-and-white, Salgado has built his dossier during more than 30 different trips to distant corners of the globe. Each sortie from his base in Paris took several weeks and involved light aircraft, helicopters, seagoing vessels and canoes as well as long hikes through very difficult terrain in extremes of heat and cold. Having begun these voyages in 2004, Salgado has completed Genesis at the end of 2011. In considering how to present Genesis, we initially opted for a thematic approach highlighting the earth’s geophysical origins, its animals, primitive peoples and early societies. But the very remoteness of regions visited by Salgado meant that they often contributed images to several themes. We have therefore decided to organize the photographs into broadly-defined ecosystems which, we believe, best mirror how nature works. Our aim is to open the eyes of the public to the marvels to be found on earth, not only those that we have had the privilege of finding and recording for Genesis, but also those in the lakes and hills and the parks and gardens that are within easy reach of our homes and represent our most frequent contact with Nature. After all, it is in our daily lives that the battle for conservation begins. For this very reason, our hope is that those who come to view and debate Genesis will do so, not simply as interested observers but as active stakeholders in a universal heritage that is crying out for our care and attention.

The images are presented in 5 geographic sections:

Tells the story of Antarctica, its frozen landscapes and seascapes and its hardy animals, penguins, sea-lions and whales, notably those photographed in their breeding ground in the Valdés Peninsula.

Then in South Georgia, the Falklands, the Diego Ramirez archipelago and the Sandwich Islands, the numerous species of penguins, albatrosses, wide-winged giant petrels and cormorants make their living.

Opens with the unique volcanic landscapes and fauna of the Galápagos Islands and embraces the ancient peoples of New Guinea and Irian Jaya, the Mentawai of Siberut Island off Indonesia’s Sumatra province as well as landscapes, wildlife and vegetation of Madagascar's different ecosystems.

Offers huge variety, ranging from the extraordinary wildlife of the Okavango Delta in

Botswana to the gorillas of the Virunga Park bordering Rwanda, Congo and Uganda; from the Himba people of Namibia and the Dinkas tribesmen of Sudan to the San people of Botswana’s Kalahari Desert; from the South Omo tribes of southern Ethiopia to the ancient Christian communities of northern Ethiopia.

Africa unveils the remarkable tones of deserts, their textures ranging from sandy to rocky; some flat as oceans, others interrupted by arid mountains.

Shows the landscapes of Alaska and the Colorado plateau in the USA, Kluane National Park’s landscapes and wildlife in Baffin Island in Canada. Russia’s far north, including the walrus breeding ground on Wrangel Island, the Nenets indigenous peoples in northern Siberia as well as the Kamchatka peninsula.

Covers the giant rain forest, seen from space, the Amazon and its tributaries resemble a giant tree of life, with arms and hands reaching from the heart of Brazil towards the neighboring countries. Reaching north to capture Venezuela’s Tepuis, the oldest geological formations on earth, as well as the wildlife of Pantanal in Brazil’s Mato Grosso; also included are images of the Zo’e Indian tribe, “contacted” for the first time only two decades ago, and the more assimilated tribes of the Upper Xingu Basin in Brazil.

Puppet concepts | Works by Ilona Németh for the stage

We inform you that we use cookies to enhance the user experience of the website. By using our website, you acknowledge our information. More informationI agree